General Counsel Online is a new kind of online business attorney office that’s designed to help your business make better decisions and minimize risk. With online, on-demand and fixed-price services, we offer businesses the chance to “subscribe” to our legal services and access them whenever, wherever for a predictable and reasonable price.

Our mission is simple: to help businesses navigate legal concerns as they come up without breaking their budget. Our services are completely online and are powered by a suite of industry-leading software — giving businesses unlimited, anytime access to our counsel.

We primarily serve small and mid-sized businesses in Pennsylvania, who we believe are not fully served by the legal industry. Get in touch to learn more about what General Counsel Online can do for your business.

What is a General Counsel?

A General Counsel acts as a business’s lawyer and primary source of legal advice. Ultimately, they are responsible for anticipating and minimizing the risk of litigation and non-compliance. A General Counsel protects the business from making bad legal decisions and ensures a competitive advantage and better, legally sound deals.

Some of the reasons why a business might need a General Counsel include:

… and a host of other legal concerns ranging from the mundane and day-to-day to the highly strategic.

Why Don't I Have a General Counsel?

The thing is, you probably already know your company would benefit from legal advice and counsel.  You understand the value of reducing the legal risk of day-to-day business decisions and of planning your business’s future.

Yet you “wing it” and muddle through, because getting a lawyer involved means money and hassle.   Why?

It’s a daunting situation for many, many small and mid-sized businesses.

The legal profession is highly manual and labor intensive. What’s more, many activities are variable in scope and always subject to customization. As a result, most lawyers are unwilling to change how they work with clients or offer transparency into what the project involves.

General Counsel Online is our solution to the problem of transparency and value for small businesses. Our legal counsel is enabled by technology and delivered with predictable pricing to increase transparency and enhance the quality of our work.

Until now, the services of a General Counsel were a perk of big business – a “luxury” that only a larger company with extensive internal supporting capabilities was able to afford. With affordable pricing and on-demand services, General Counsel Online affords this same luxury to small businesses and startups. That way, company leaders can make better business decisions, mitigate legal troubles and gain a competitive advantage — while still staying in-budget.

The legal world tends to think in terms of “billable hours” — time expended on activities related to your legal matter, regardless of its outcome or its value to your business.  Although your lawyer is indeed your zealous advocate, her incentives to be efficient, economical and business-oriented can diverge from yours.

We take a different approach.  We believe that many legal services can be packaged into product-like offerings with clear business value.  We call these “Service Packages” – identifiable deliverables (a reviewed letter or lease, a written IP policy or agreement or a copyright registration) that involve time, services and delivery dates in support of a specific item having specific value to your business.

Because we are Value-Oriented, we offer most of our services on a fixed price basis.   You pay a Fixed Retainer amount each month, which secures our commitment to spend the time your firm needs in consultation with us via web conference or telephone and memorialized in writing.  Where you require specific services, we supply our Service Packages on a fixed price basis as well.  The risk of time overages and delays is no longer with you, the Client, but rather with your law firm, GCO.

See the page on Services and Fees for more detail about Retainers and Service Packages.

GCO’s founder and general partner, Robert Kost, spent his career as an attorney, entrepreneur and business leader in online products and services (since before the internet).  The insight driving GCO is that knowledge work – like your insurance, your banking, your IT services, your medical consultations and now your legal services — is not only capable of being rendered online but for certain tasks can in fact be render better and more efficiently online.

How Does this All Work?

After you have done your due diligence on us, you register on behalf of your company to create a Retainer relationship with GCO.  The Retainer entitles you and other employees of your company to Consult with GCO for a set number of hours per month (see the Services and Fees page).  A Consultation is a meeting (held online) with GCO attorney Robert Kost concerning a specific legal issue or question that your company is concerned with.  That issue may require that the GCO attorney conduct research or analysis in order to address your issue or question.  If the activity will involve efforts that exceed your monthly time allotment, GCO will inform you before engaging work.  If the issue involves services that are rendered in Service Packages (see below), you may purchase a Service Package.  If the issue is one that GCO does not or cannot address, it will endeavor to refer you on at no cost.

How does General Counsel Online Use Technology?

To make this Retainer based Service Package business work for both ourselves and our clients, we need to be efficient and highly productive.  For these reasons, we equip every Client with their own Client Portal – a secure website featuring:

We find that these tools enable us to control schedules, manage time, produce results and keep you apprised in a very efficient and effective way.  Find out more about our online legal practice.

If you’ve read this far, we think you’d find it worth your time to talk to us about serving your company’s legal needs; why not drop us a line or schedule an interview?  If our value to your company is already clear, it may be time to retain us. 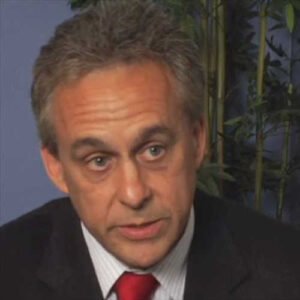 in Pennsylvania by the Pennsylvania Supreme Court and by the Federal District Court for the Western District of Pennsylvania. He is President of General Counsel Online and serves as its lead attorney. He is also a member of the Allegheny County Bar Association Technology and E-Discovery Committee.

Although Robert has more than 20 years experience in corporate law and practice, it is his role on both sides of the attorney-client relationship that makes him truly unique and valuable to you and your business. Robert is a legal pragmatist who understands that the role of the general counsel is to help the business accomplish its goals, legally, ethically and promptly. Robert’s goal is to provide the kind of ongoing advice that will keep the business out away from lawsuits and out of the courts. Robert’s legal credentials are diverse and extensive. He was General Counsel to US Interactive, a public company that he co-founded in New York in the mid-1990s. There, he helped oversee everything from company mergers to intellectual property and wrote and negotiated contracts with some of the largest companies in the Fortune 100 list. Before that, spent nearly 10 years as senior corporate counsel to an IBM / Sears / CBS company and an online pioneer, Prodigy Services Company, where he authored the industry’s first online agreements and filed a pioneer patent. Robert was also legal analyst to the United States Congress Office of Technology Assessment, helping advise Congressional Committees on matters related to intellectual property law and new technology, and a law clerk to the Federal District Court for the District of New Hampshire.

Robert is adept in a broad range of law related to businesses, contracts, policy and intellectual property. He has written S-1 filings for a public company, authored a variety of capital investment documents and written and negotiated a broad range of contracts with some of the largest corporations in the world (American Airlines, the US Senate, Royal Caribbean, American Express and a host of others). Robert is a published author of many legal works and is the motivating force behind pioneer patent (US 5,347,632 et seq.) that are “highly cited among software patents.” Robert’s career is a well-rounded one, including not only 20 years of legal experience, but the founding of a public company, and several other technology firms, as well as a position as adjunct professor at Georgetown University.

Robert earned his Juris Doctor degree at the University of New Hampshire Law School (previously the Franklin Pierce Law & Technology Center), as well as Bowling Green University (M.A., Philosophy) and Kalamazoo College (BA, Philosophy). Robert was also a Olympian candidate in 1 and 3 meter diving. He is a father of 2 children.

Robert is admitted to practice before the Supreme Court of Pennsylvania and lower courts, as well as in the Federal District Court for the Western District of Pennsylvania. He is a member of the Pennsylvania Bar Association and actively involved in its Legal Technology and E-Discovery Committee.